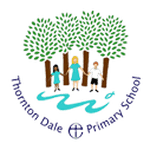 Be kind, be brave, believe.

Be Kind, be brave, believe

Thornton Dale Primary School is proud to be part of the educational vision for Elevate Multi Academy Trust, whilst retaining our own strong identity.  The Trustees have allowed its Academies to retain the same composition for their local governing bodies, which is set out below.

The local governing body exists to help the Academy provide a high quality education for children in a supportive, caring environment. It does this by:

The three core functions of the local governing board are:

Governors are also responsible for overseeing the Academy's finances, checking that resources are being managed well and helping with the appointment of staff. We meet five times a year as a local Governing Body with every governor taking on specific link roles within the Academy. Minutes of our meetings are available from the office..

There are several different types of Governor:

The local vicar is normally appointed as the 'ex-officio' foundation governor;

The other foundation governor will usually be appointed by York Diocese, following consultation with the local PC

Nikkie was appointed Executive Headteacher at Thornton Dale in September 2019. She has thoroughly enjoyed working with the governing body to implement rapid change and drive standards at Thornton Dale. Our vision to ensure our learners feel safe, happy and valued is embedded. Our curriculum is innovative and our children will achieve excellent outcomes. Nikkie is very proud of all that we have achieved so far and committed to continuing the growth and development of this special school.

Iain served for almost thirty two years as a police officer, during his career he worked in all ranks from Constable to Chief Constable. He amassed significant experience across the breadth of operational policing, including critical decision making in “Life at risk” incidents. This included both strategic firearms and public order command.

Iain significant gained praise from Her Majesties Inspectorate of Constabulary for his role in leading whole organisational improvement across his last force. Taking the organisation from one which was failing to one which had clarity of purpose, a clear program of organisational improvement and a real commitment to improve the quality of service it provided to the communities served. At the same time recovering significant budget over spends to a balanced position which was capable of supporting further improvements.

As a Chief officer Iain led the embedding of the Police Code of Ethics on behalf of the College of Policing and National Police Chiefs Council.

Iain retired from policing in December 2017, since that time he has continued to serve the public, as a volunteer, with a specific focus on improving the opportunities for young people. He volunteers for the Prince’s Trust in a number of operational roles and supports its senior leaders across the north of England. Iain also mentors a number of Head Teachers in order to develop their leadership and strategic skills.

Iain was asked to become a governor at Thornton le Dale CofE Primary School in the summer of 2018, becoming Chair in late 2018. He has strategically led the school through recovery from a very poor Ofsted inspection through to becoming a significantly improved school as part of the Elevate Multi Academy Trust.

Iain is married with two grown up children. His pastimes include cycling, being a qualified ride leader for British Cycling. He also enjoys woodworking, walking and generally enjoying the outdoors.

Camarah has worked at Thornton Dale school for a number of years now. A lot of her time has been spent supporting and developing our youngest learners in the Academy and she am currently teaching Reception class. Camarah loves being outside, going for long walks with her dog and spending time in her garden.

Clerk to the Governors: Dianne Mousley

Feel free to contact us at school if you need any further information or look on the governors web page. 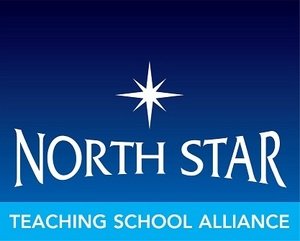